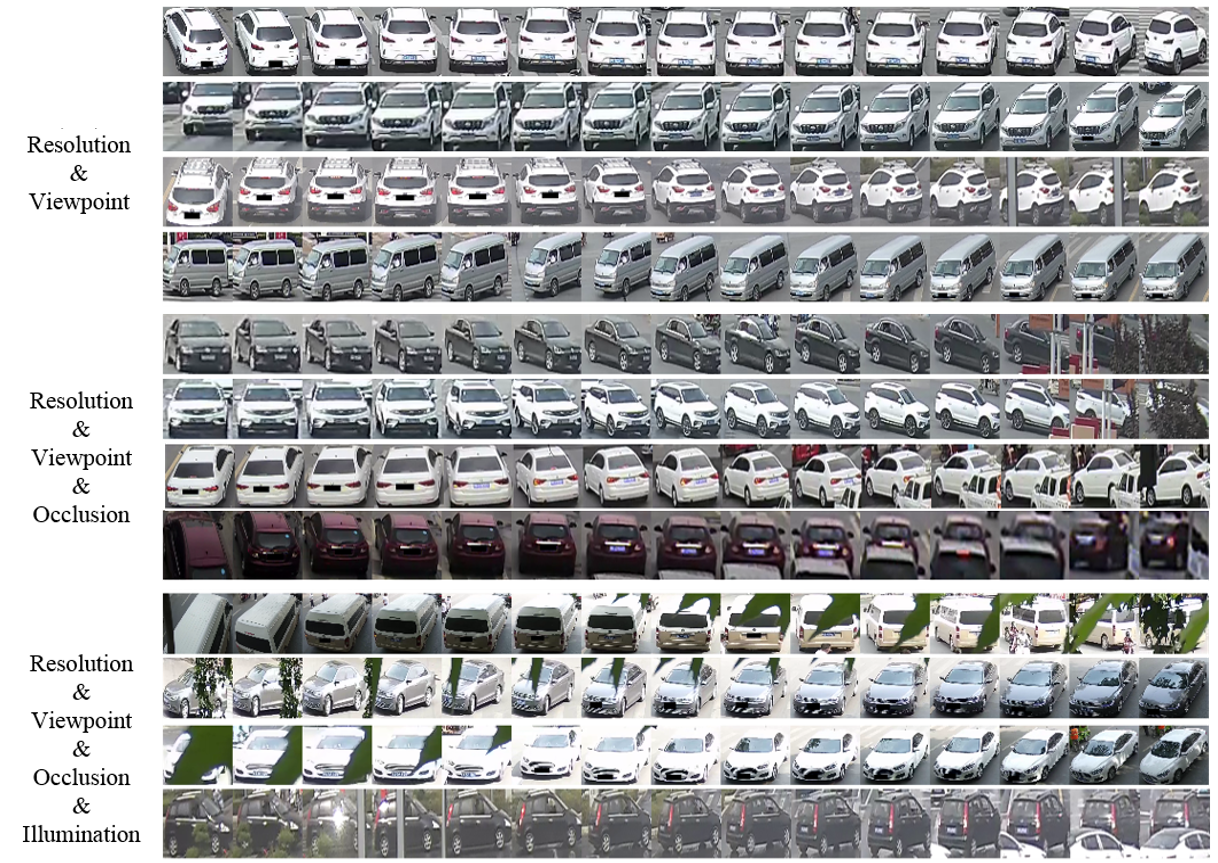 Some distinctive characteristics of VVeRI-901 can be summarized as follows:

The proposed dataset contains 901 IDs (451 IDs for training and 450 IDs for testing.), 2,320 tracklets, and 488,195 bounding boxes. All the IDs are captured by at least two cameras, and most of the IDs are captured by 2-4 cameras, indicating that VVeRI-901 is an ideal benchmark for algorithms to explore multiple queries or re-ranking methods. Generally, sequences from all cameras contain about 100-400 frames, guaranteeing information diversity in the proposed dataset.

We mask the license plates in the VVeRI-901 for privacy consideration and make the model more focus on the vehicle's visual appearance.

The raw video data of the VVeRI-901 are captured from a mid-sized city of China with an area of 1.1km*2.4km. In this region, 43 surveillance cameras are deployed at different traffic intersections.

According to the non-overlapping scenario required by re-ID tasks, we choose the raw videos captured from 11 surveillance cameras (one at each intersection).

To acquire the tracklets of each vehicle in every single camera, we manually annotate the bounding box of each tracklet with the help of the Computer Vision Annotation Tool (CVAT).

After getting all the tracklets in each camera, we associate the same vehicle that appears at different cameras with the auxiliary spatial-temporal cues.

It is worth noting that we find some vehicles stopping and keeping still at zebra crossings in some raw videos. These vehicles provide the same appearance in each frame and poss limited variations in a tracklet, leading to severe information redundancy in the dataset. In order to avoid this redundancy issue, we define a region of interest (ROI) for each scenario and retain the clips within the ROI.